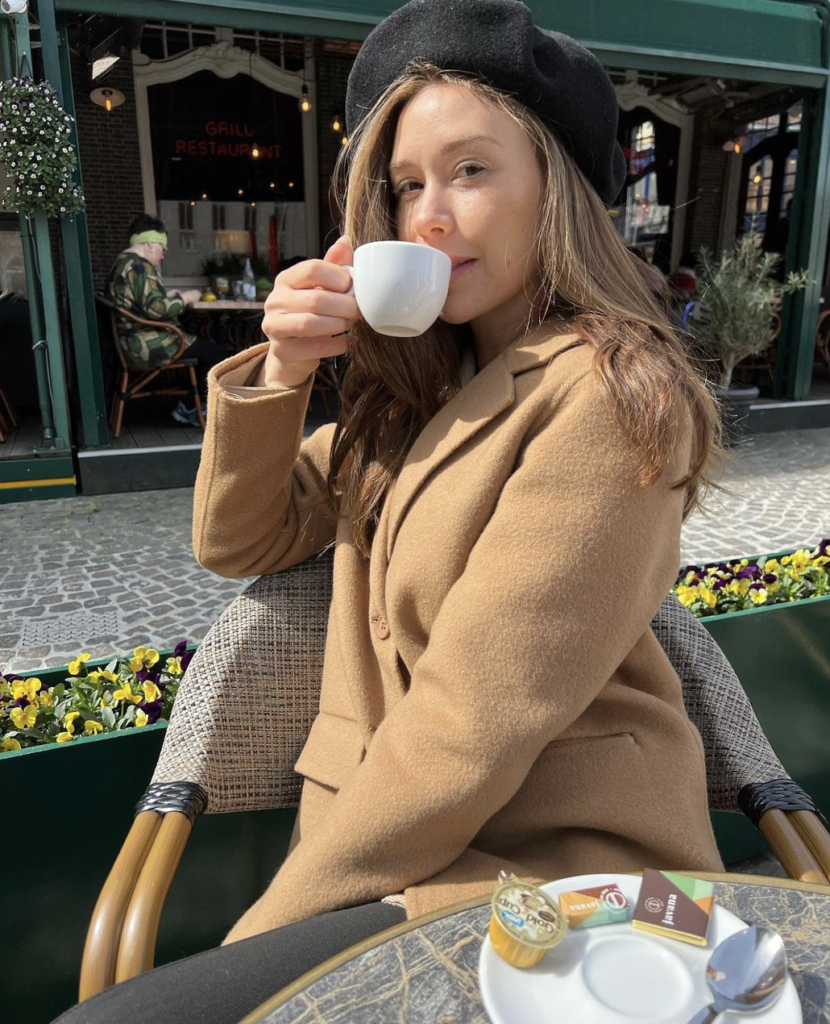 Gabby Windey pose at a Paris cafe. (Photo via Instagram)

She’s a midwestern nurse who’s eager to find the right man, settle down, and start a family.

He’s a Staten Island-born Chippendale dancer, whose heart belongs to his doting mother and whatever lucky lady he happens to be gyrating on at the moment.

And yet, it seems that against all odds– and despite the fact that Gabby is a couple inches taller than Vin — these two might be on the verge of forming a legit love connection.

Yes, Charli D’Amelio took home the top prize on Dancing With the Stars Season 31, but Gabby and Vinny both performed quite well, and they appear to have hit it off over the course of the competition.

Gabby came in second place, and she while she didn’t win the mirrored disco ball trophy, she might have won Vinny’s heart.

Windey and Guadagnino have been exchanging flirty comments on Instagram, so it comes as no surprise that reporters were quick to ask about the relationship between the two reality stars following last night’s finale.

Gabby Windey pose at a Paris cafe. (Photo via Instagram)