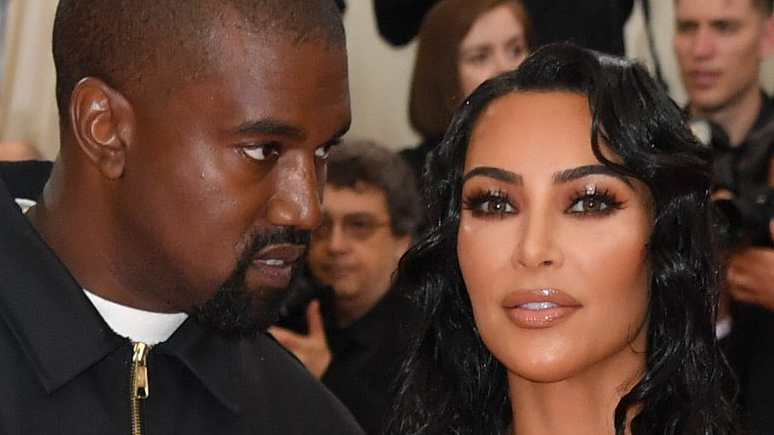 If that happens, Kanye probably won’t be happy with the way things play out in court.

Sources say he and Kim have been getting along relatively well in recent weeks, and they’ve even attended some of their kids sporting events together.

Maybe those civil interactions have filled Kanye with false hope about a reconciliation.

But it sounds like dude better hire a new lawyer ASAP, because one way or another he’s gonna be fully divorced by the end of this year.

You’re probably already well aware that Kanye West is a bit of an unstable individual.

But did you know the guy is so messed up that he can’t even find a lawyer who’s willing to put up with his nonsense?

Yes, despite the fact that Kanye is a literal freakin’ billionaire, divorce lawyers keep quitting on him.

In fact, according to a new report from TMZ, Kanye lost his fifth attorney this week!

Kanye West is trying to look all tough in this photo. We’re not sure if it’s working.

The site reported that Kim Kardashian and Kanye had a trial-setting conference today.

As of this afternoon, Samantha Spector is officially out as Kanye’s attorney.

Kanye West arrives here to the arena for the fight between Jamel Herring and Shakur Stevenson at State Farm Arena on October 23, 2021 in Atlanta, Georgia.

That makes Spector the fifth lawyer to quit after being hired by Ye and locking horns with the rapper.

Spector didn’t go into detail about the reasons for her withdrawal, but according to TMZ, “her relationship with Kanye was irretrievably broken.”

Seems to us that a lot of Yeezy’s relationships wind up that way!