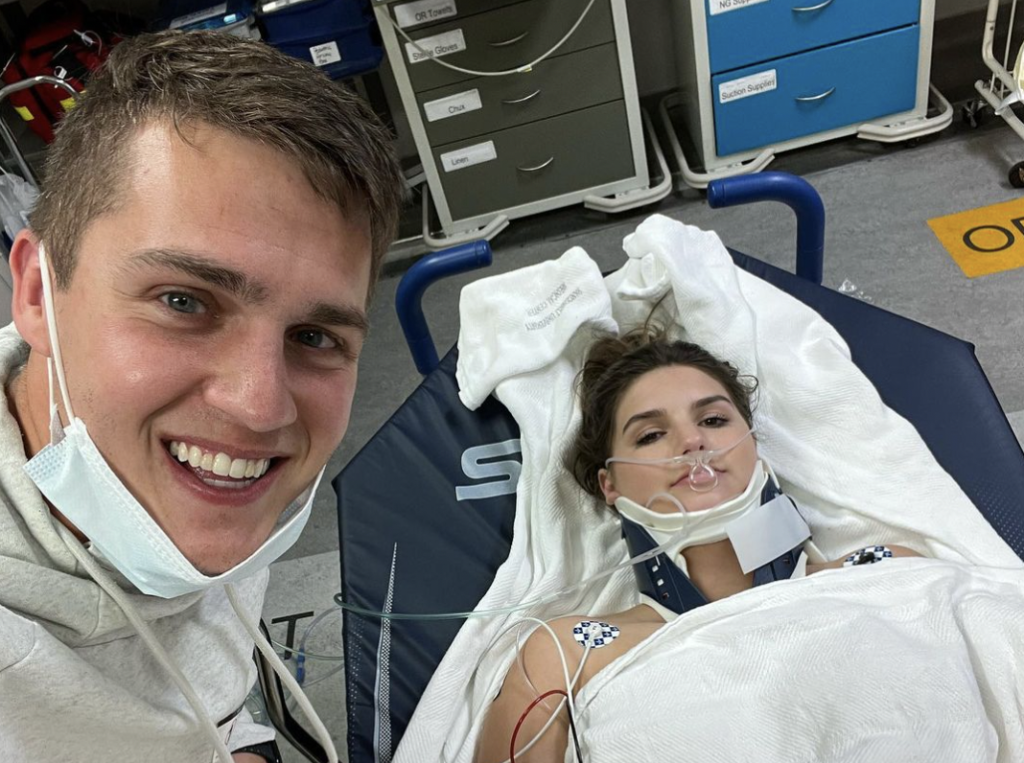 Carlin Bates has been hospitalized following a frightening episode. Now, fans are expressing their concern.

For 10 seasons, the Bates family of Tennessee starred in a WeTV reality show called Bringing Up Bates.

The show was canceled in January, but the members of the Bates family are still popular and beloved figures on social media.

So the news that 24-year-old Carlin Bates has been hospitalized with a serious medical condition has resulted in widespread anxiety and an outpouring of support.

Carlin welcomed her second child, a boy named Zade, back in March, and she’s been suffering from some truly frightening ailments ever since.

Carlin Bates has been hospitalized following a frightening episode. Now, fans are expressing their concern.

Over the weekend, Carlin was hospitalized when a seizure-like episode caused her fall backward and hit her head during a church event.

Bates is currently recovering from a serious concussion, but the root cause of her current medical woes remains a mystery.

According to updates that she’s offered on social media, Carlin’s doctors believe that she has suffered from an undetected condition for her entire life, and her symptoms were triggered by her difficult delivery in March.

What a beautiful family photo, right? It features Carlin Bates, her husband and her firstborn.

In the months since, Carlin has suffered several seizures, but this is …read more