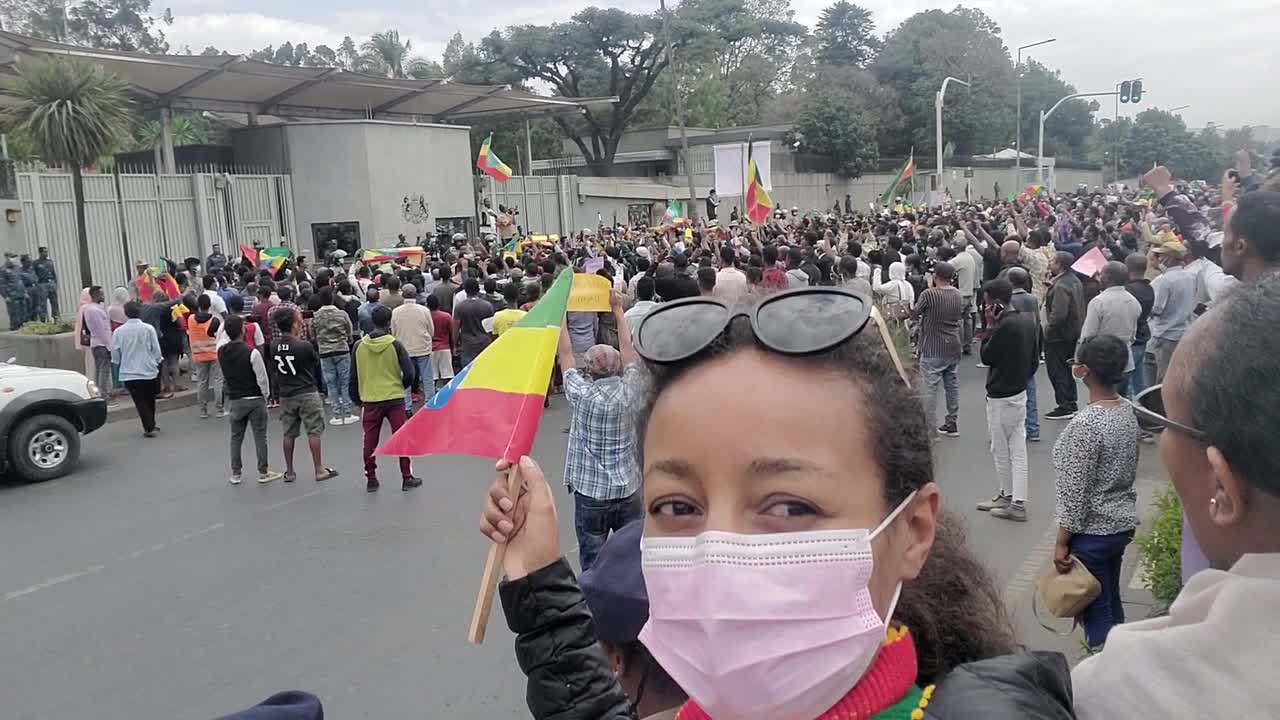 NAIROBI, Kenya (AP) — Ethiopia’s government on Thursday warned the United States against “spreading false information” as fighting in the country’s yearlong war draws closer to the capital, Addis Ababa, while thousands protested outside the U.S. and British embassies.

Ethiopia’s war is not only against forces from the country’s Tigray region “but also with colonialism of the powerful states of the West,” government spokesman Kebede Desisa said.

Some Ethiopians were outraged this week when a U.S. Embassy security message warned its citizens of possible terrorist attacks in the country. The U.S. has also repeatedly told its citizens to leave immediately, warning there will be no Afghanistan-style evacuation if the war’s chaos reaches the capital.

Prime Minister Abiy Ahmed, who announced this week he was going to the battlefront to direct the army, once cast the conflict as a “law enforcement operation” against the Tigray leaders who had long dominated the national government before a political falling-out.

Now he calls it an “existential war” and appeals to fellow Africans for support in a struggle against Western intervention.

“I am here to protest against foreign atrocities which have been planned to dismantle the sovereignty of Ethiopia,” said one of Thursday’s protesters, Worku Taddesse.