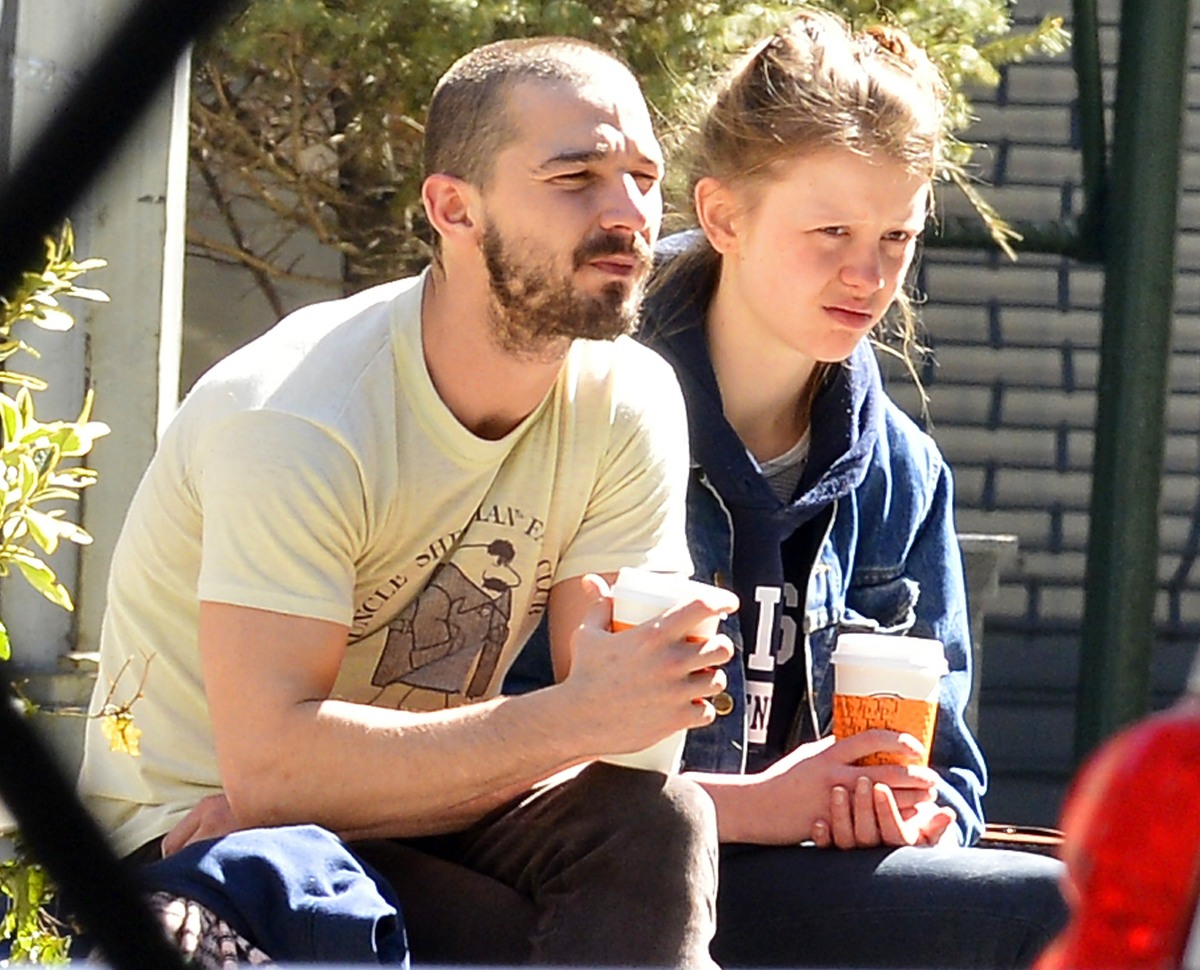 We haven’t really discussed Shia LaBeouf since the start of the year. He was dating Margaret Qualley and everyone was feeling awful about it already, and then FKA Twigs came out and sued Shia for physical and emotional abuse. Shia terrorized Twigs when they dated, and she considers herself lucky as hell for being able to remove herself. Soon after Twigs told her story, Shia and Qualley were over (thank God) and Shia had stuff to deal with legally with Twigs, although I don’t think he did much more than “have his rep issue a few statements.” I’ve largely ignored him since then and I honestly hoped he had crawled under a rock, never to be heard from again. Not so much – he went back to his ex, Mia Goth. And now it appears that they’re back to wearing their wedding rings, and Mia looks pregnant.

Shia LaBeouf may soon be living the dad life — assuming he and Mia Goth are expecting … and it sure looks like they are from this. The actor was spotted at a Chuck E. Cheese restaurant Saturday with none other than his on-again, off-again …read more