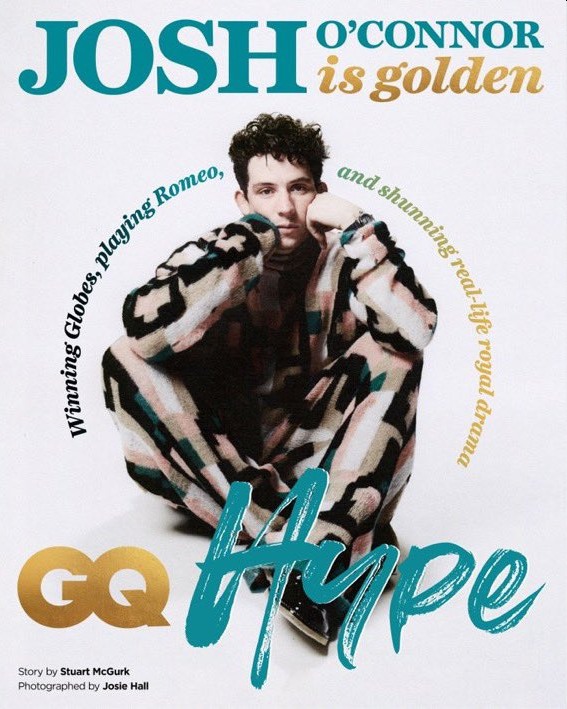 I do love Josh O’Connor. The only thing I’ve ever seen him in is The Crown, where he played Prince Charles in Seasons 3 & 4. I thought at the time that Josh is actually much too attractive to play Charles and I still feel that way. But as I’ve watched interviews with Josh, I realize how much work he put into “creating” his version of Charles, how much he studied Charles’ speech patterns and physicality and facial expressions. He really did a good job with it, and he really deserved the Golden Globe he won this year for the role. Josh covers the latest issue of GQ Hype. He chatted about winning his Globe via Zoom, his new role in an adaptation of Romeo and Juliet, and how he feels about the Windsors. Some highlights:

Zooming into the Golden Globes from home in London: “To be honest, it suited me quite nicely. I quite like doing things from the comfort of my home.”

Working on Romeo & Juliet during the pandemic: The cast had “intimacy windows” determined by Covid testing. “The funniest day was when we were going to do …read more