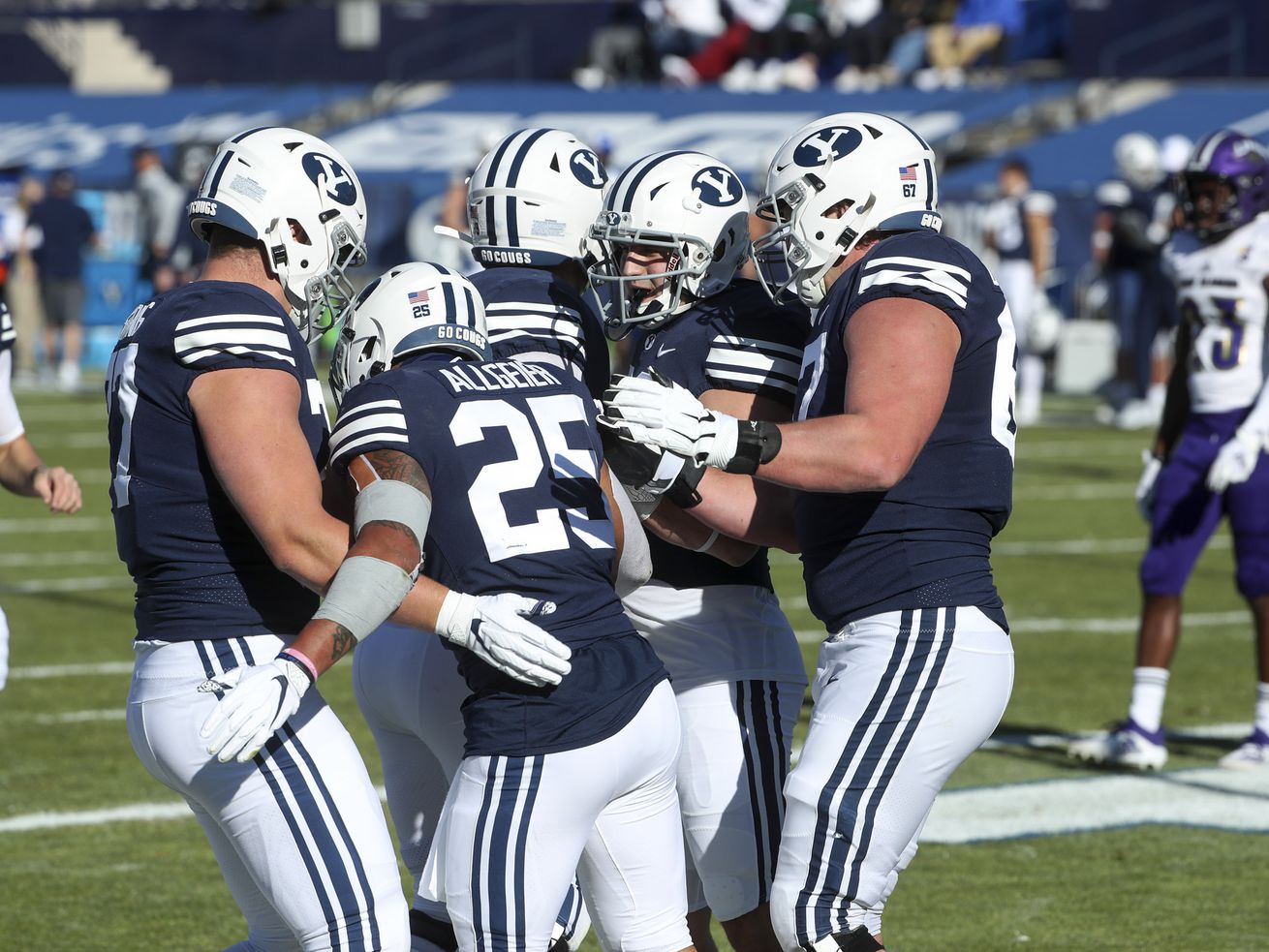 Brigham Young Cougars running back Tyler Allgeier (25) is congratulated by the BYU offensive line after scoring a touchdown during a game against North Alabama in Provo on Saturday, Nov. 21, 2020. | Steve Griffin, Deseret News

It was a Saturday bagatelle for No. 8 BYU.

It was booked that way and turned out to be just that, a toy game.

North Alabama was always going to be a big-time gimme for BYU, even before COVID-19 rewrote the schedule. True to form, the Cougars raced ahead 49-7 with reserves making appearances before halftime, then coasted to a convincing 66-14 win on Saturday in LaVell Edwards Stadium.

Now 9-0 with the first College Football Playoff rankings due out on Tuesday, that became the focus of the weekend for Kalani Sitake’s football team heading into a week without a game. But that could change.

“Whatever, if there is one thing that’s been consistent, we want to play football and get as many games as possible. I have a lot of gratitude for teams that stuck with us like North Alabama and then for …read more