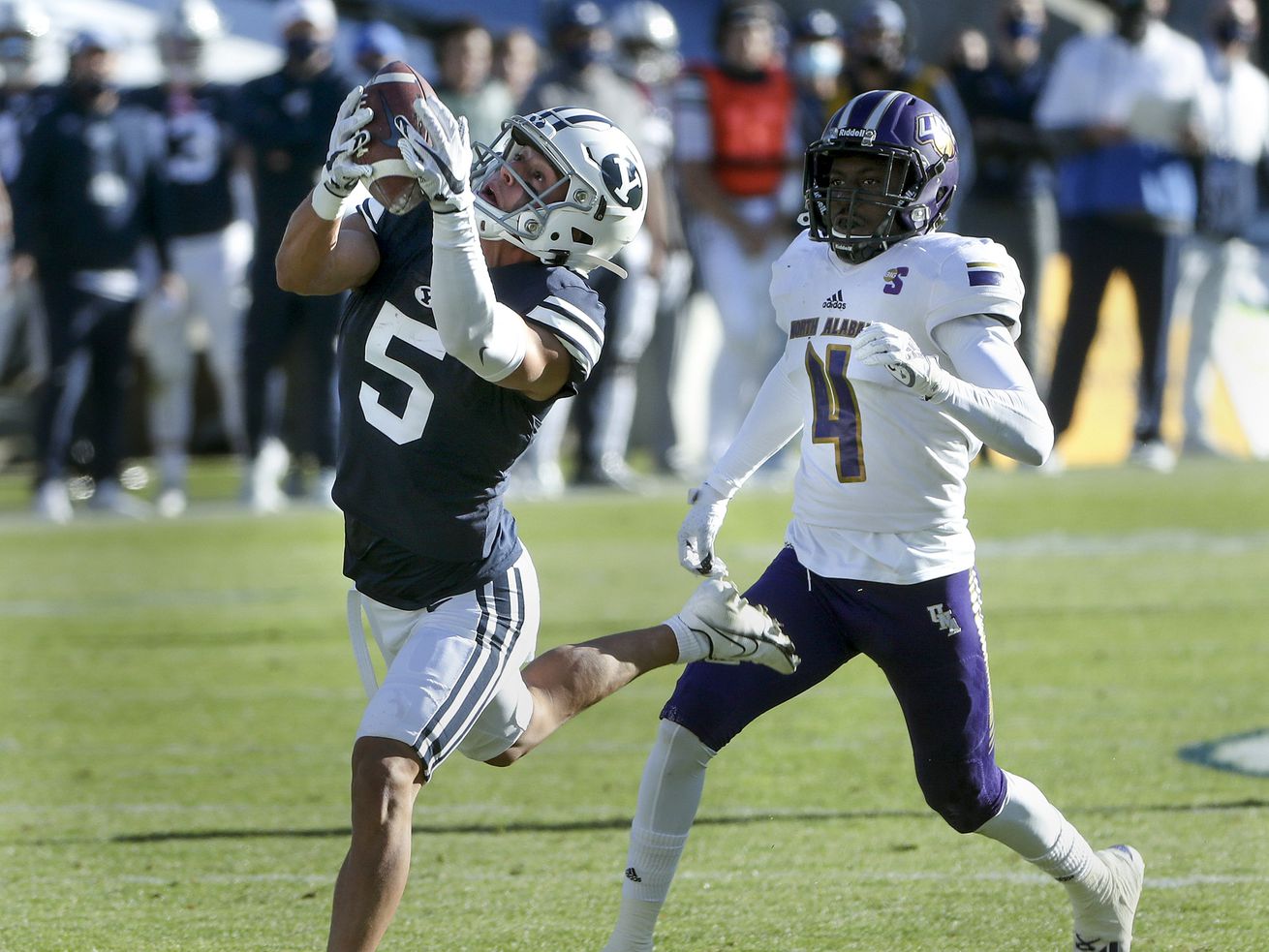 Cougars drove for touchdowns on their first six possessions when Zach Wilson was in the game. However, the defense struggled to get off the field at times against an overmatched FCS team.

That was certainly the case on a sunny, but chilly, Saturday afternoon at LaVell Edwards Stadium as the Cougars walloped the Lions 66-14 in front of a handful of family and friends of both teams. The Cougars drove for touchdowns the first six times they touched the ball in the first half when Heisman Trophy candidate Zach Wilson was quarterbacking the well-oiled offensive machine and racked up 394 yards in the first 30 minutes alone.

The Cougars jumped in front 42-7 at the break, and were never threatened. If they had been, that would have been …read more