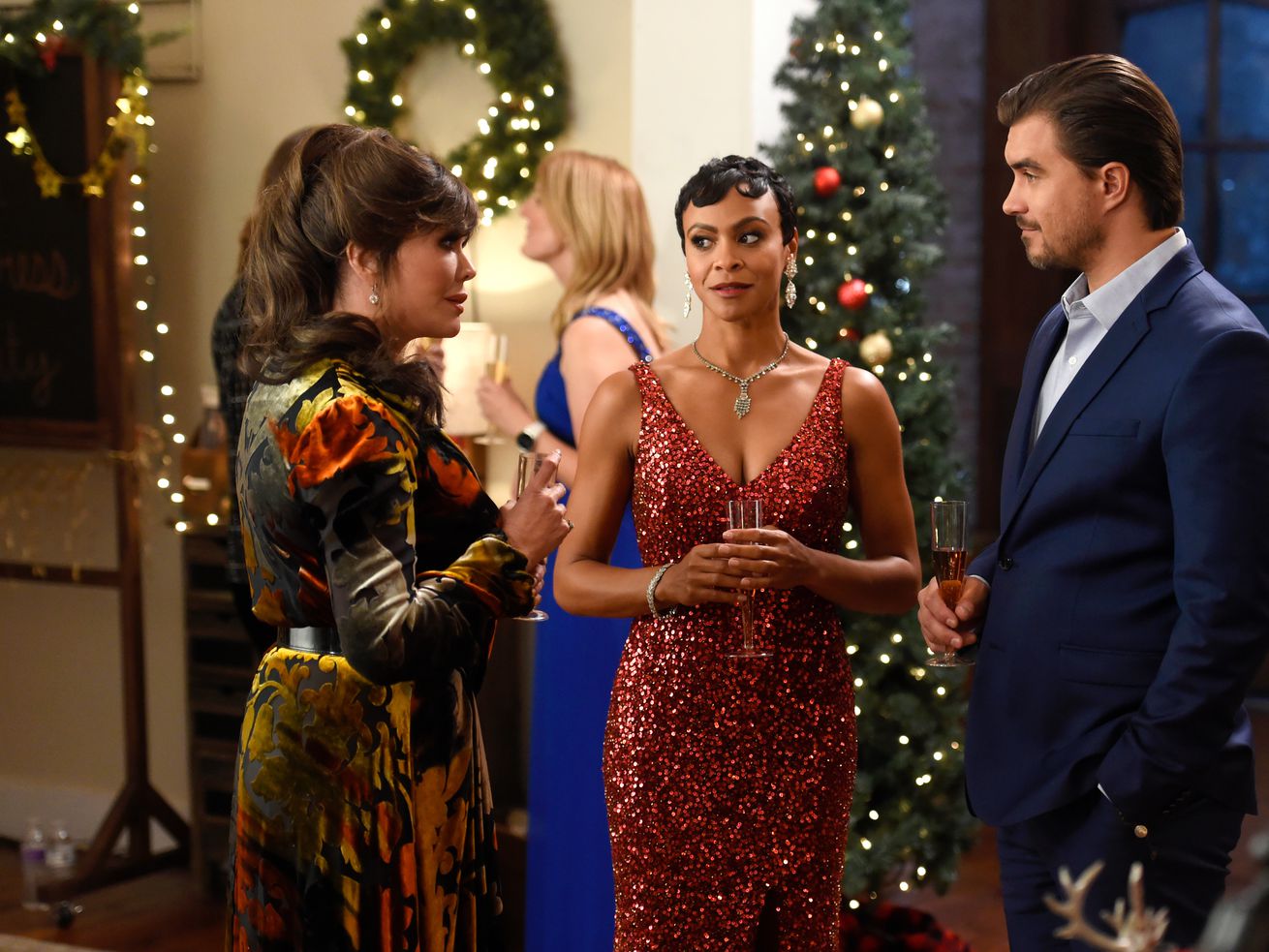 From left, Marie Osmond, Carly Hughes and Rob Mayes in “The Christmas Edition,” premiering Sunday at 6 p.m. on Lifetime. | Lifetime

Marie Osmond will star in a new Christmas movie, and she’s going to take a turn to the dark side and portray a villain.

The Utah native, singer and actress plays Melanie, “the villainous CEO of a major media conglomerate that takes over a newspaper, leaving journalist Jackie (played by Carly Hughes) out in the cold,” in “The Christmas Edition,” according to Sapna Vyas, director of Lifetime Movies.

“Jackie relocates to a small picturesque Alaskan town and begins to work at a local, independent newspaper that is for sale and which just happens to have a handsome owner, Finn (played by country singer Rob Mayes),” Vyas wrote in an email to the Deseret News.