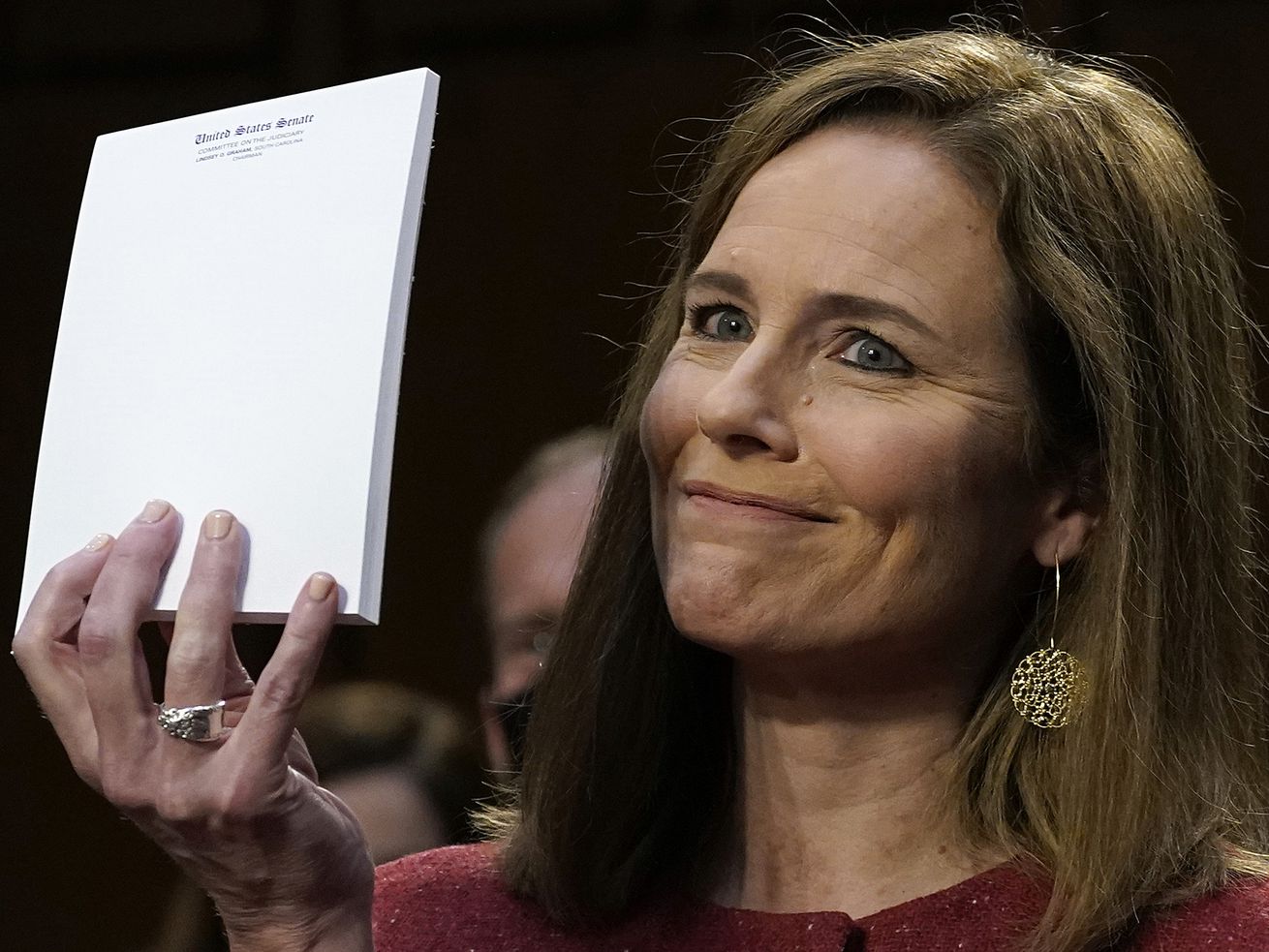 Amy Coney Barrett help up a blank pad of paper in the face of senators with mountains of notes. The irony is rich

The moment became an instant meme on social media.

Sen. John Cornyn, R-Texas, asked Supreme Court nominee Amy Coney Barrett to show the notes she was working from while answering hour after hour of questions at her confirmation hearing.

“You know most of us have multiple notebooks and books and other things like that in front of us. Can you hold up what you’ve been referring to in answering our questions?” he said.

She held up a blank block of notebook paper. It contained, “Just a letterhead that says United States Senate,” she said.

No scribbles to keep track of the questions asked, or the order in which they came. No electronic tablet with which to do quick Google searches. No binders to bring to mind her past decisions or published work.

If nothing else, this demonstrated a thorough mastery of …read more