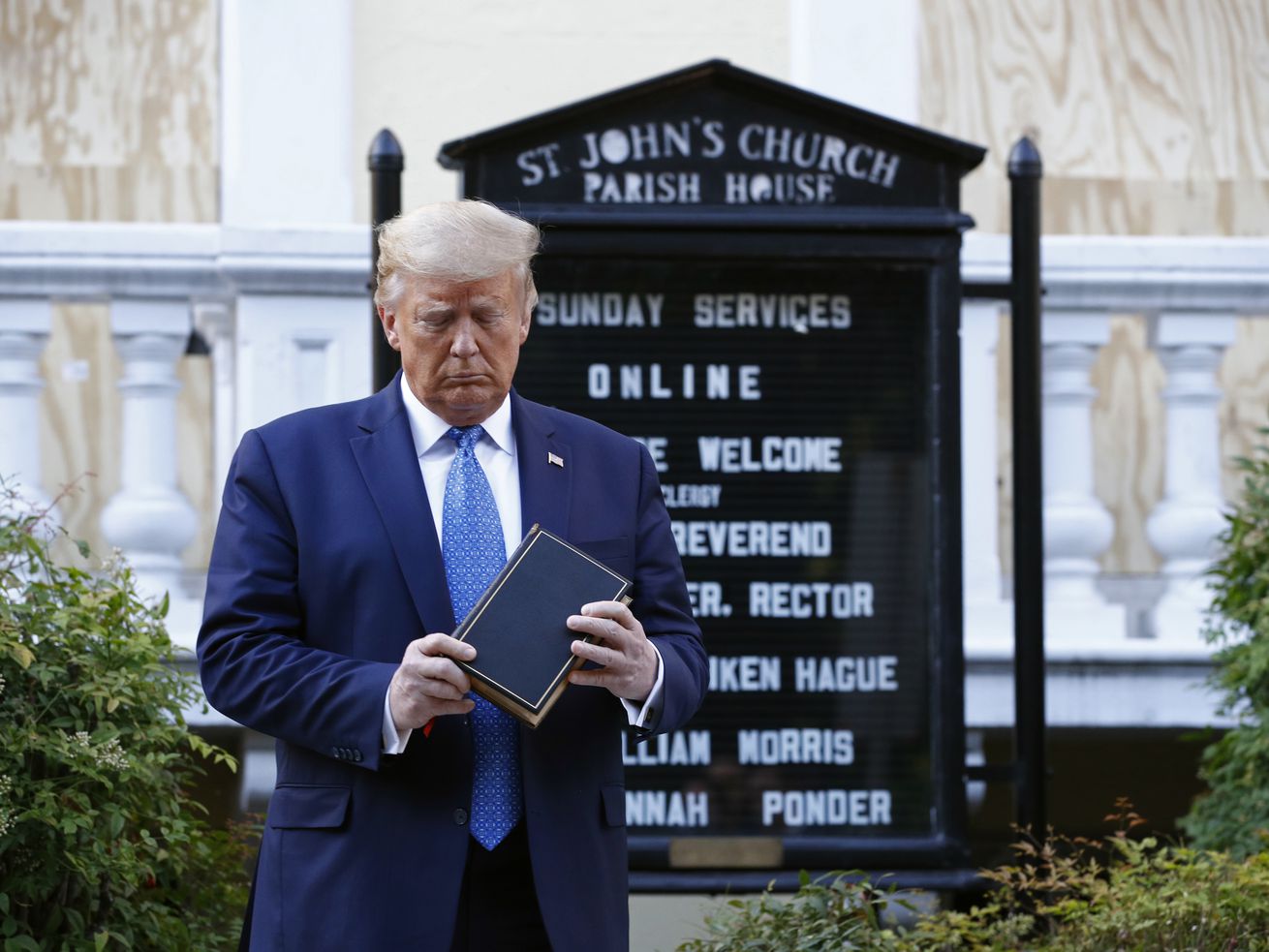 In this Monday, June 1, 2020 file photo, President Donald Trump holds a Bible during a visit outside St. John’s Church across Lafayette Park from the White House in Washington. | Patrick Semansky, Associated Press

Pew Research Center said that the decline in Trump voters did not translate to a ‘corresponding jump’ in Democrat Joe Biden’s numbers.

President Donald Trump still remains the front-runner among white Catholics, Protestants and evangelicals, but enthusiasm for the incumbent is waning in all those religious groups with Election Day less than three weeks away, according to the latest Pew Research Center survey.

The numbers show “signs of softening support for Trump,” Gregory Smith, associate director of research at Pew, said at a press conference Thursday. “Trump still leads (Democratic challenger Joe) Biden among all these groups, but the weakening of his support among these constituencies is notable.”

Since it is widely believed that the white Christian vote delivered the 2016 election to Trump, flagging enthusiasm within that demographic could signal trouble for his reelection prospects if the race is close.

Overall, Biden is ahead — Pew’s latest poll put Biden as the front-runner by 10 percentage points, with Biden at 52% and Trump …read more