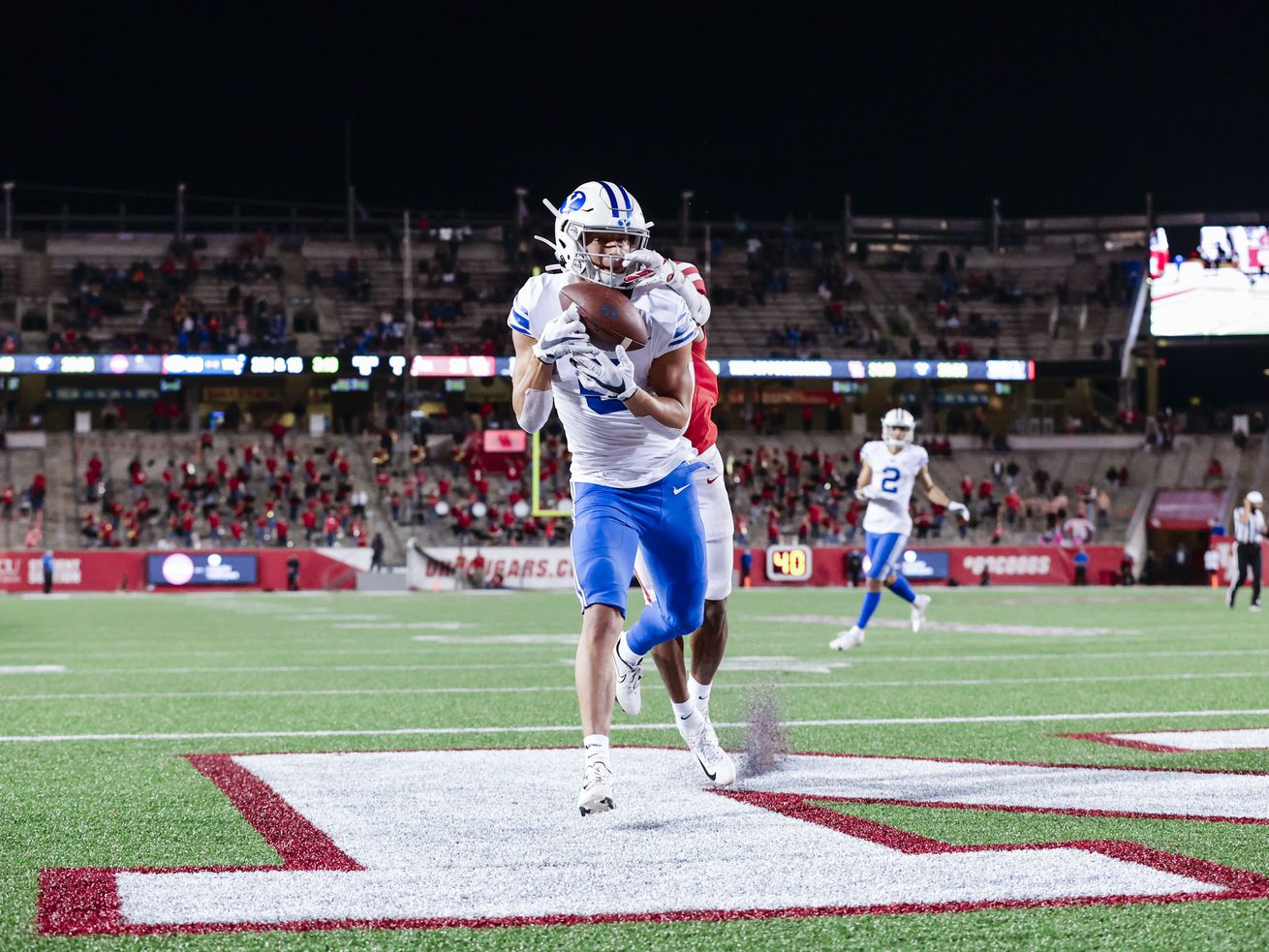 Dax Milne on the end of a string with Zach Wilson might just be put to music.

It all looked like it was choreographed in a studio — something you’d see on Broadway, or national TV, which it was Friday night in No. 14 BYU’s come-from-behind blowout win over Houston.

Wilson targeted Milne 11 times in a 43-26 BYU win and he caught nine of them for 184 yards and three touchdowns. That included a 78-yard touchdown bomb on BYU’s first play of the game.

It looked like something they had targeted on GPS.

Come to think of it, most all those nine catches did.

It was absolutely so on Milne’s double-move on Darian Williams with just three minutes left in the game and the Cougars desperately clinging to a slim 29-26 lead. Milne ran the slant, caught Williams biting on his route, and then turned up and sprinted …read more