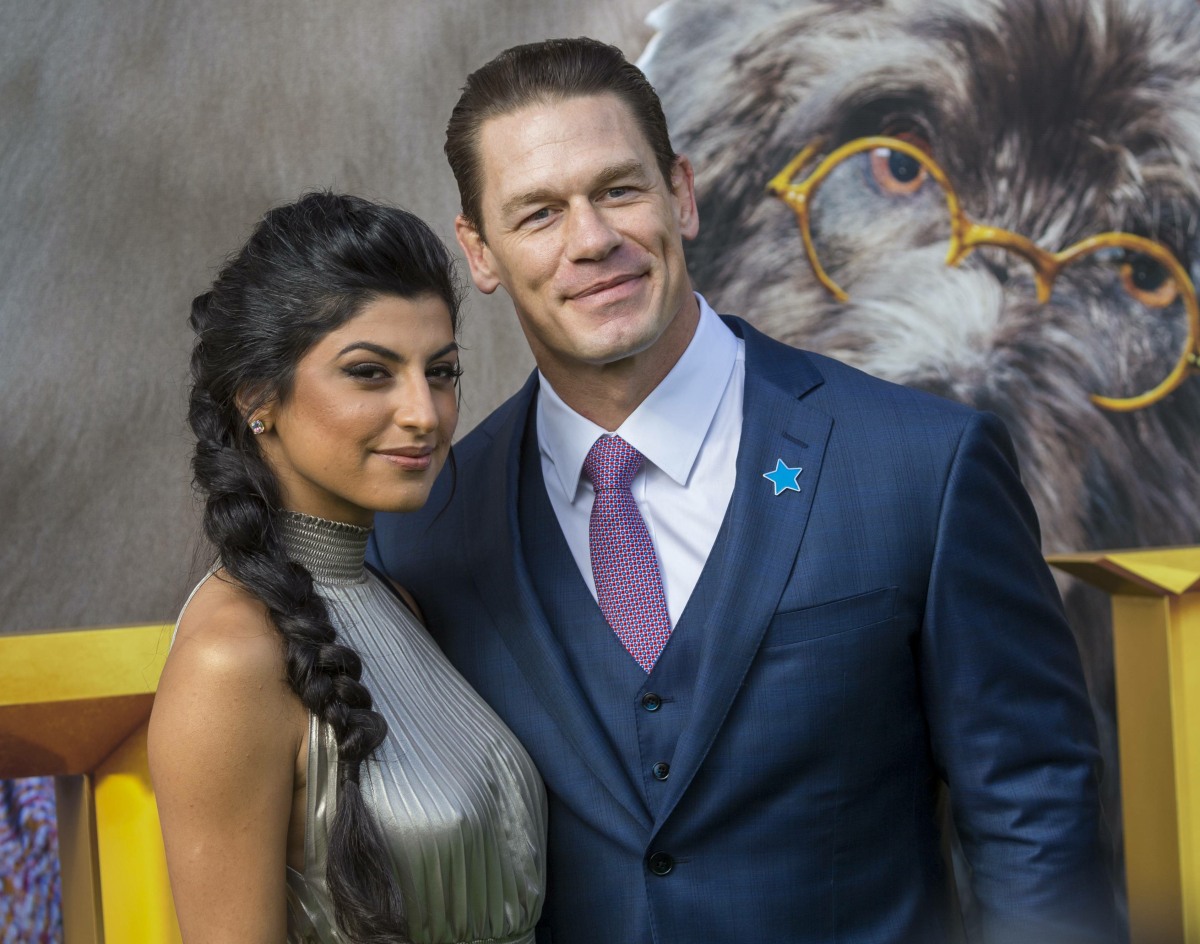 It feels like John Cena and Nikki Bella’s cancelled wedding and broken engagement happened this year, right? Time has no meaning anymore. But their whole drama was in the middle of 2018 – they cancelled their wedding just days before they were supposed to exchange vows, and the on-and-off drama continued for months afterwards. Nikki accused John of not really wanting to marry her, and to be fair, John never really lied about it? He always said that he wasn’t really interested in marriage or children (he had a starter marriage from 2009-12), but maybe he was specifically uninterested in marrying Nikki. Anyway, they finally ended things for good, and Nikki has moved on and had a baby with her new man. John moved on too – he began dating a non-celebrity, a Canadian beauty named Shay Shariatzadeh, last year. They made their red carpet debut together almost one year ago exactly. And now… they’re married.