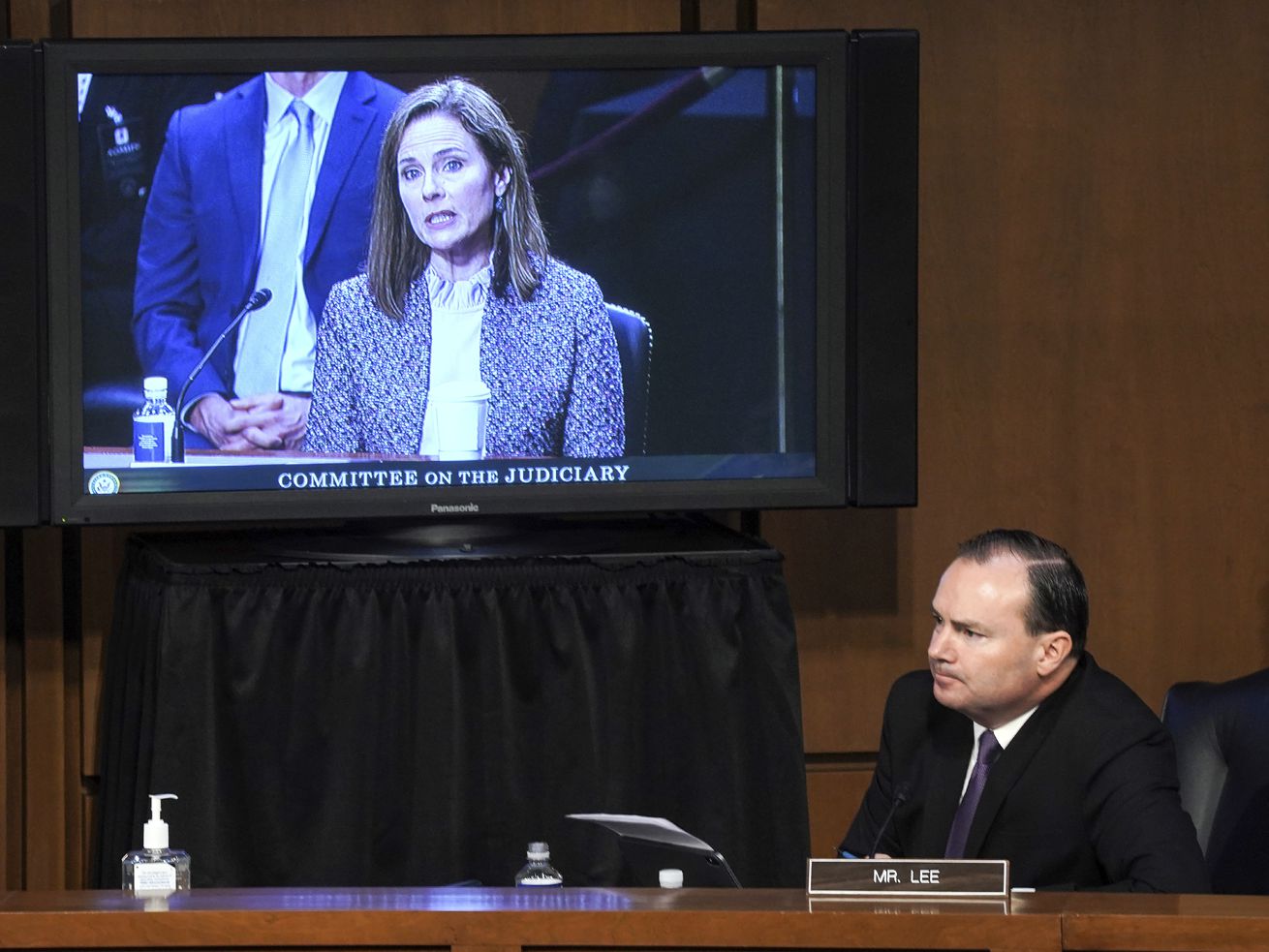 SALT LAKE CITY — Republicans, including Utah Sen. Mike Lee, portrayed Judge Amy Coney Barrett as fair and open-minded at her Supreme Court confirmation hearing Wednesday, while Democrats say there is a cloud hanging over her nomination because of writings about health care and other issues.

Lee cited several cases on the Chicago-based 7th Circuit Court of Appeals where he said Barrett followed the law as written rather than rule based on an external objective.

“I’ve got some colleagues on the other side of the aisle who seem to want to focus on statements made in your personal capacity and in your capacity as a private citizen and a member of your faith instead of actually cases dealing with abortion,” he said.

“I have a hunch that this is because your record on the 7th Circuit actually shows that you’re able to set aside your personal convictions because that’s what you’ve done when they’ve conflicted with your duty under the rule of law.”