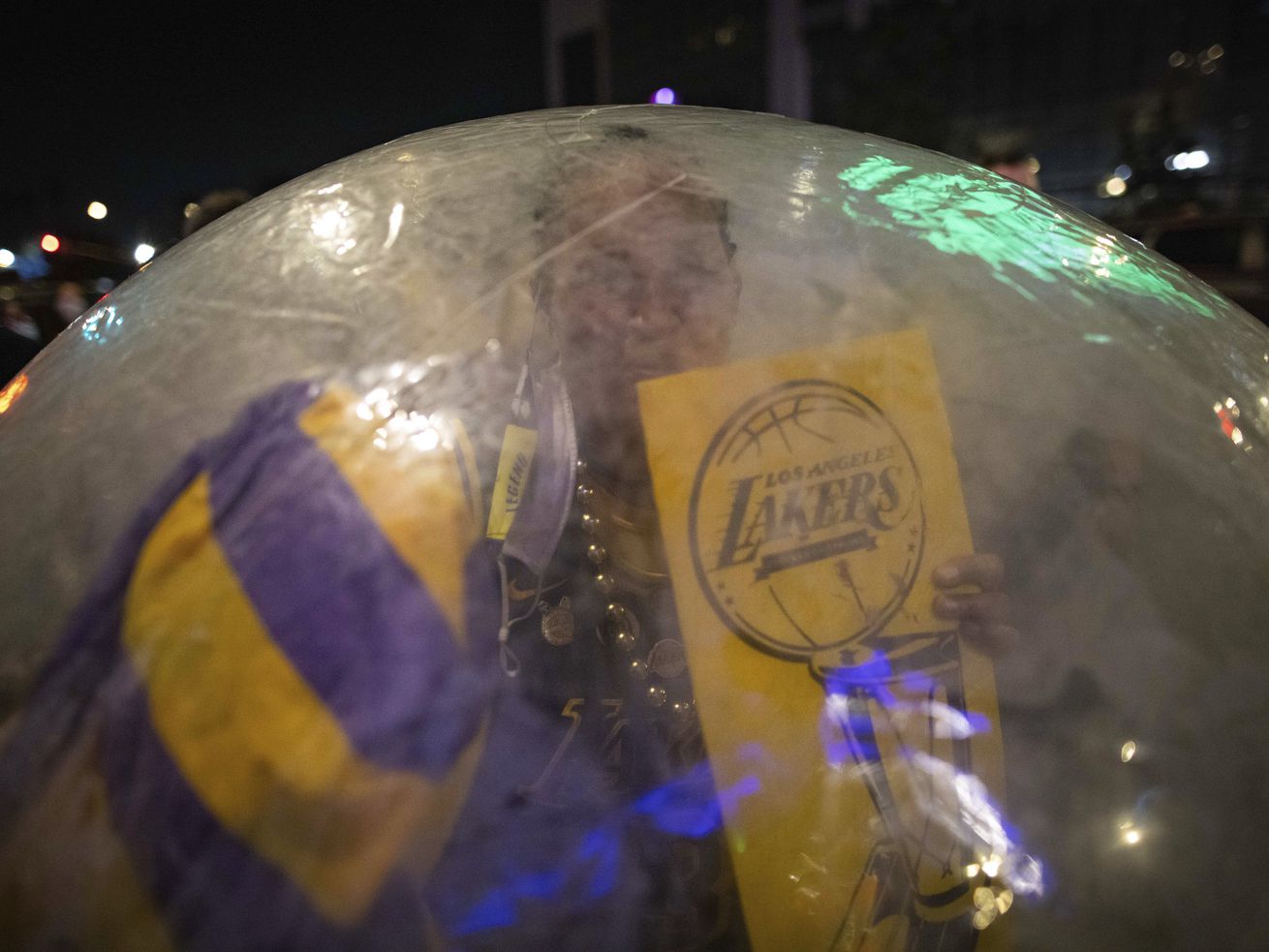 A Los Angeles Lakers fan in a plastic bubble celebrates outside of Staples center Sunday, Oct. 11, 2020, in Los Angeles, Calif, after the Lakers defeated the Miami Heat in Game 6 of basketball’s NBA Finals to win the championship. | AP Photo/Christian Monterrosa

The conclusion of an NBA season would normally signal the beginning of summer, the start of a well-structured offseason with dates that act as mile markers on the road to next season. But as we all know, this NBA season has been anything but normal and that’s true of what’s to come as well.

The NBA pulled off a feat that seemed nearly impossible when it was proposed a few months ago. The Los Angeles Lakers won the 2020 NBA championship in the bubble, the culmination of 172 games played in isolation. There were thousands of people in the bubble — players, staff, team personnel, family, media members and Disney World employees — and there were zero positive COVID-19 tests. That’s a successful metric by any standard.

Now that the NBA’s experiment in Orlando is over, the league has to answer the question that everyone is asking: What happens next?

The short answer is, we don’t know.