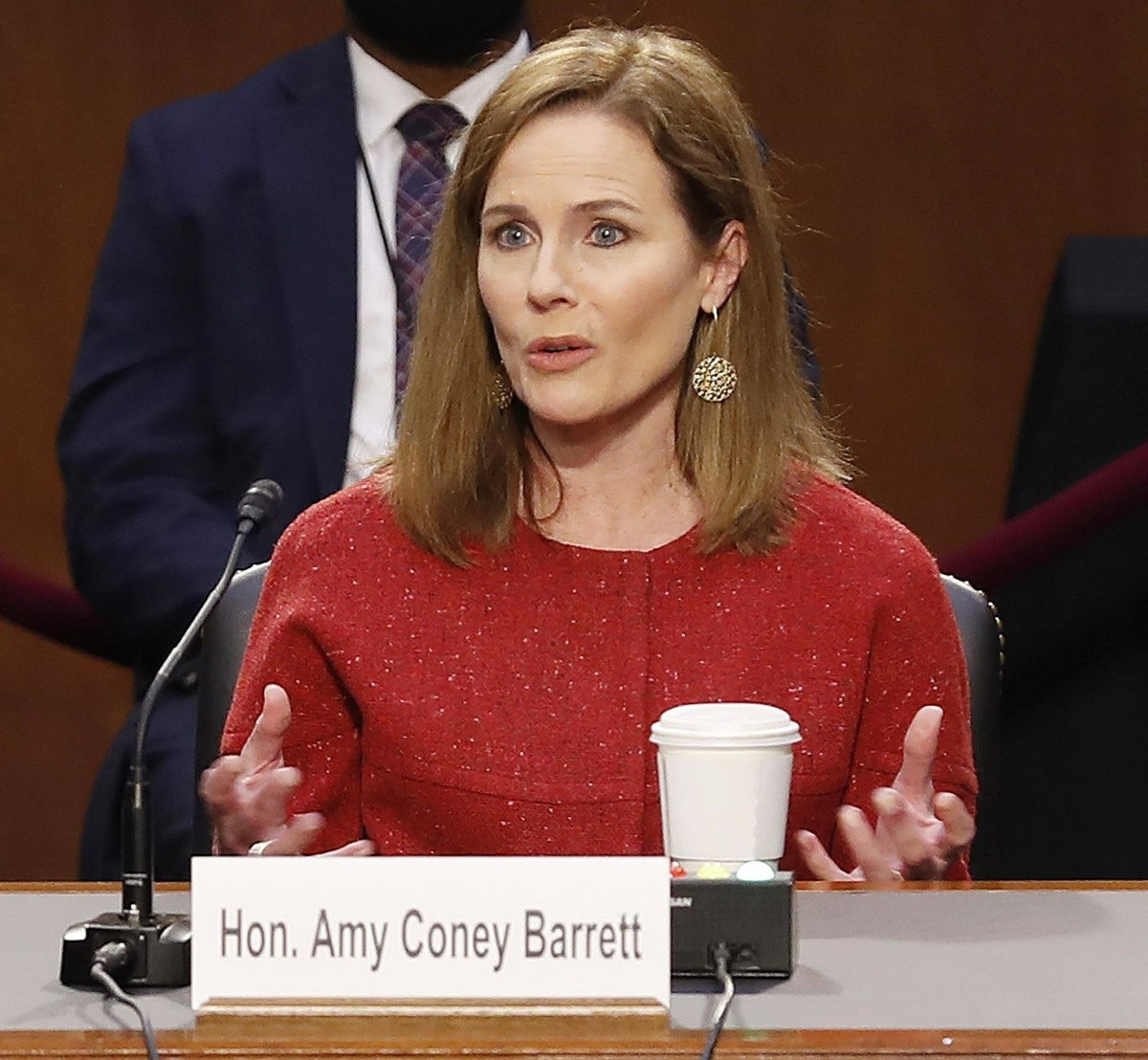 I want to be absolutely clear: Amy Coney Barrett is as dangerous as Brett Kavanaugh. I actually think she might be more dangerous. We understood the toxicity oozing off Kavanaugh like stale beer: he was a drunk and a serial predator. He began assaulting girls when he was just a teenager, and we don’t know if he ever stopped. Amy Coney Barrett is different. She’s the icy sanctimommy Karen who weaponizes her whiteness, her femininity and her white-motherhood to destroy lives and oppress and marginalize huge, vulnerable groups of people.

Let me tell you something else: as I watched her patiently cut her eyes at every Democratic senator, it really hit me how she’s the GOP’s wet dream. Brett Kavanaugh’s drunken rapist buffoonery was who those old men were and are. But ACB is the woman who enables them and covers for them in their dreams. Her demure sanctimommy act was specifically designed to turn on all of those old f-cks. She performed her act perfectly.

Here’s a clip which went viral, which is supposed to show that ACB was answering questions solely from memory, and isn’t that impressive. Convenient then that she …read more