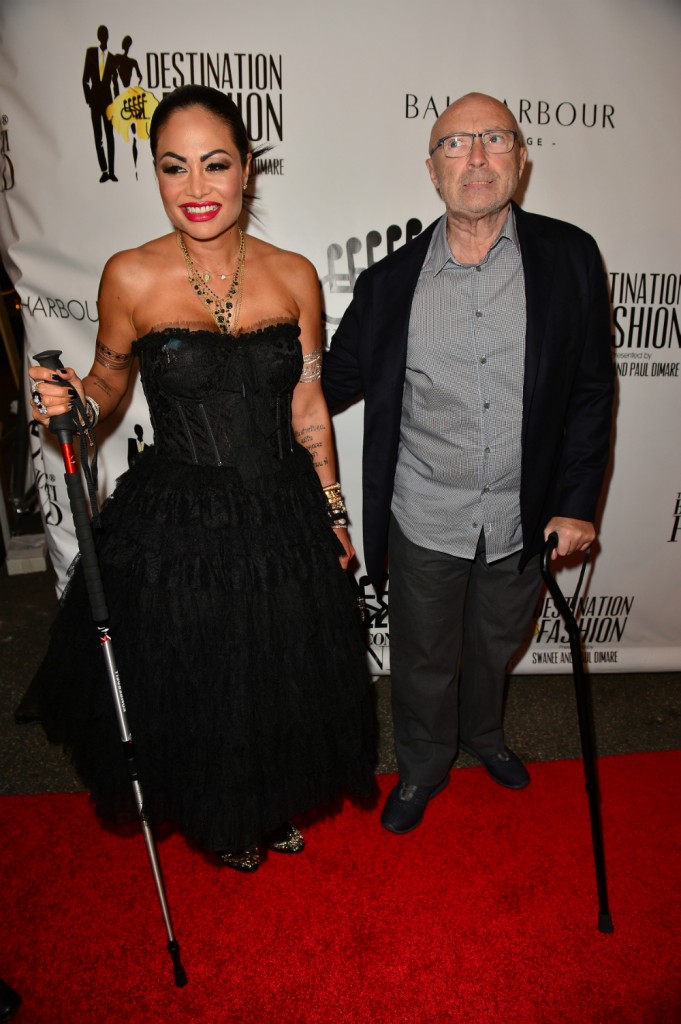 As a card carrying 80s Youth, I always believed there was some unspoken rule that I was supposed to hold some form of reverence for musician Phil Collins because he was such a huge part of the soundtrack of my adolescence. And for decades I upheld that rule, always giving Phil props when his name was spoken. I did feel sorry for him when he started suffering from all his physical issues, which were severe but became urban legend in the gossip threads. But at some point it became abundantly clear that Phil’s personal life was, in fact, very messy.

In 2006 Phil divorced his third wife, Orianne Cevey, after six years of marriage. The couple have two sons. The relationship was notable for a few reasons: 1) it started prior to (and was the reason for) Phil leaving wife number two. Wife two, Jill Tavelman, is Lily Collins’ mom. Phil dumped her via fax. 2) Phil and Orianne’s was the largest divorce settlement in British history and 3) in 2016, before Orianne was divorced from her second husband, Charles Mejjati, Phil and Orianne moved back in together, …read more