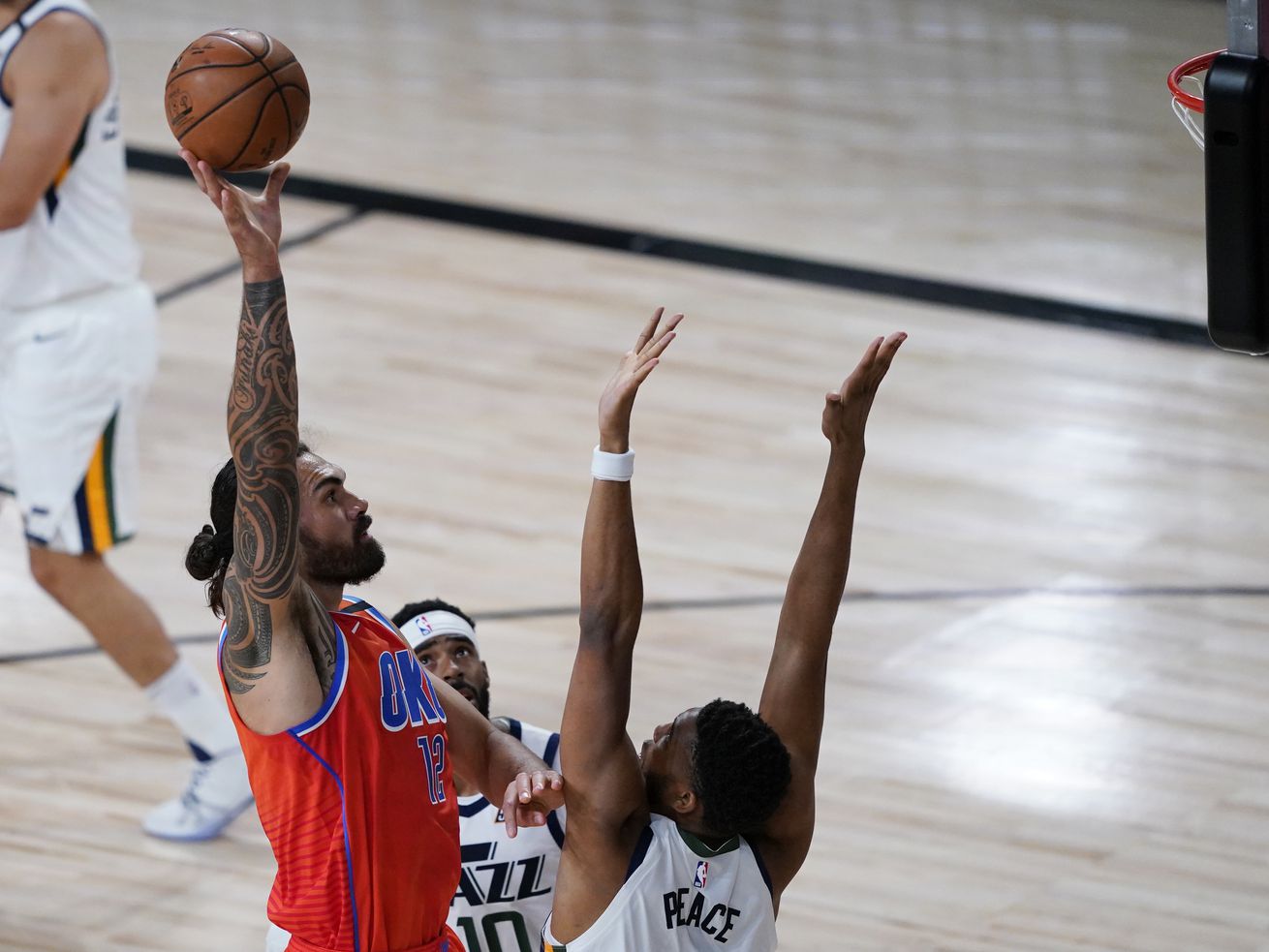 In the matchup that was going to be played on March 11 when the NBA was suspended, the Utah Jazz fell big to the Oklahoma City Thunder on Saturday in Orlando, 110-94.

Here are three keys from the game.

The Jazz were bad offensively in falling behind 29-15 after one quarter and 66-42 at halftime, and they never mounted a rally. Yes, the Thunder played very well defensively, but Utah played with very little flow and also missed a ton of shots. At intermission, the Jazz were 18-of-44 overall, including 3-of-15 from behind the 3-point line.
Utah was also bad defensively. Oklahoma City made some tough 3-pointers early as it started to build its lead, but overall, the Jazz just couldn’t get stops. While the Jazz scored 27 points in the second quarter, they gave up 37.
Illustrative of how completely the Thunder got in control, every one of their players had a positive plus-minus in the first half and every Jazz player had a negative …read more