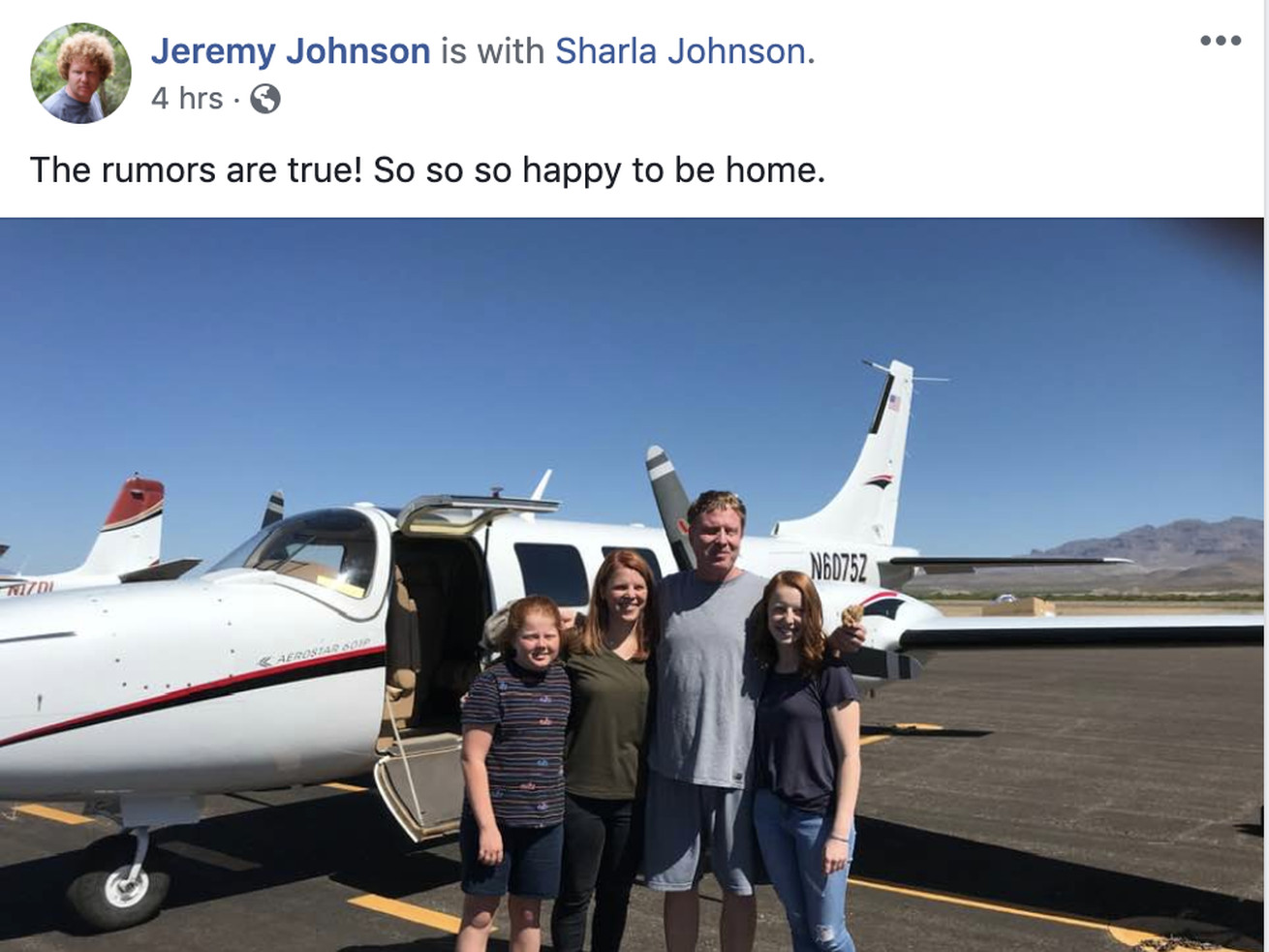 A post on convicted Utah businessman Jeremy Johnson’s Facebook page Friday, May 22, 2020, after he was apparently released early from prison. | Facebook.com

SALT LAKE CITY — Convicted St. George businessman Jeremy Johnson has apparently been released from a federal prison nearly two years before his scheduled release, according to a post on his personal Facebook page.

“The rumors are true! So so so happy to be home,” said a message posted about 5:30 p.m. Under the declaration was a picture of him with his family.

More than 300 people commented on the post, welcoming him home and wishing him well, including state Rep. Phil Lyman, who represents San Juan County.

In a post on St. George radio station KDXU’s Facebook page, the same picture was used along with an update that said, “Jeremy Johnson has been reunited with his family in St. George. Due to the coronavirus pandemic, Jeremy has been confined to his home, which he said is about a million times better than being in prison.”

A message left with the Federal Bureau of Prisons seeking confirmation wasn’t returned Friday night. It was unknown Friday what the terms of Johnson’s release are, including whether he’s under …read more