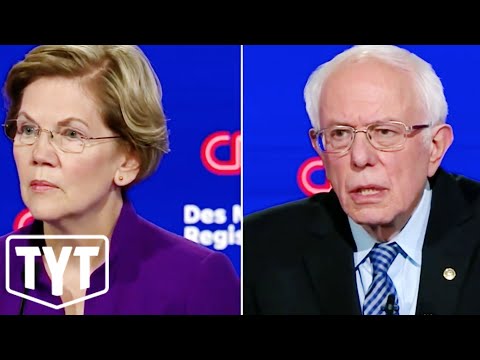 The seventh Democratic primary debate in Iowa this week barely made a ripple.The candidates on stage largely failed to set themselves apart from the pack and spent most of the night squabbling over technicalities and rehashing their campaigns’ main talking points.That said, there were some breakthrough moments.Overall, Sen. Elizabeth Warren of Massachusetts won the debate. Former New York mayor Michael Bloomberg also made a splash, despite the fact that he wasn’t even on stage.Former Vice President Joe Biden, former South Bend, Indiana mayor Pete Buttigieg, Sen. Amy Klobuchar of Minnesota, and businessman Tom Steyer lost the debate.Sen. Bernie Sanders of Vermont didn’t win or lose and instead had a lukewarm night.

The seventh Democratic primary debate in Iowa barely made a ripple.

Here are the winners of Tuesday’s Democratic debateWarrenThe progressive firebrand had a big night and cemented her place as a frontrunner by taking on her competitors including Sanders, with whom she’s always had a close relationship.The two reportedly made a pact before the 2020 campaign season that they would not claw at one another during the race. But that truce seemed to fall apart on stage Tuesday as they contradicted one another on whether Sanders had told her during a …read more